Blake Masters is married and raising/homeschooling their 3 sons in his hometown Tucson. A graduate of Stanford and Stanford Law, Blake co-founded a successful software startup called Judicata. In 2014, he co-authored the #1 New York Times bestseller Zero to One, the world’s most popular book on startups and venture capital. In 2015 Blake became President of the Thiel Foundation, a nonprofit that promotes science and innovation. He then joined President Trump’s transition team. In 2018 Blake was COO at Thiel Capital, where he helped grow assets under management by billions of dollars. He has put his career on hold to run for Senate because he uniquely understands the modern threats we all face. There is an unholy alliance between Big Government, Big Tech, and Big Business, who collude to wreak havoc on our economy, destroy our border, impose their radically liberal ideology on our culture, and censor any dissent. As a lifelong Arizonan with deep experience in technology, Blake has the skills and background to win the fight in Washington.

Eli Crane is a faith-oriented, family man and is pro-life, pro-second amendment, and unafraid to take a stand against cancel culture and the radical left. He is active in AZ as a brand ambassador for Sig Sauer firearms and as a former member of the National Advisory Committee on Veteran Business Affairs. Eli believes in giving back to local communities and helps support numerous vet organizations every year. Crane is a combat veteran, small-business owner, husband, father, and native Arizonan. Eli went on 5 wartime deployments, 3 of them to the Middle East with SEAL Team 3, and served our country for 13 years — protecting and defending America’s freedom, way of life, and Constitution. Now he and his wife Jen own a small business in Tucson. Together they started Bottle Breacher, a successful company featured on Shark Tank that employs and gives back to veterans nationwide. He believes in low taxes, less regulation, and supporting pro-growth, pro-job policies. But Eli’s most important mission to date has been raising his 2 daughters. He is proud to be raising his family in AZ and is ready to fight for their future.

Kari Lake is the former anchor for Fox 10 News in Phoenix and became a symbol of truth in journalism when she walked away from the mainstream media despite being number one in the ratings for more than two decades. Now she’s running for Governor of Arizona on a platform of common sense conservatism dedicated to individual liberties, low taxes, limited regulation, and protecting Arizona’s great Western heritage. Kari Lake continues to be a voice for the silent majority suffering at the hands of cancel culture, critical race theory, and the devastating effects progressive policies are piling up on America’s formerly great cities. Born in Illinois, and raised in Iowa, Kari earned her BA in Communications & Journalism from the University of Iowa. She is married with two children.

Representative Mark Finchem was born in Easter, Michigan, and grew up in West Michigan. He served 21 years with the Kalamazoo Department of Public Safety, first as a firefighter/paramedic, then as a law enforcement officer. Living outside of Kalamazoo, he also ranched and farmed in a very small rural community. When he retired, Rep. Finchem moved to Tucson, Arizona. Since then he has led both large and small business organizations, maintains his ranching roots and is eager to serve others. Rep. Finchem was originally elected to serve in the 2015 Legislature, and now is in his 4th term. Mark Finchem is a certified Six Sigma process engineer, a graduate of Grand Canyon University with a BA in State and Local Public Policy- summa cum laude, and is currently working to complete a Master’s Degree in legal studies and economics at the University of Arizona, James E. Rogers School of Law.

Abe Hamadeh is a Captain and intelligence officer in the US Army Reserve, just returning from a 14-month deployment to Saudi Arabia. On behalf of the US Army, he negotiated military sales and training for Saudi’s domestic security forces. He received the Meritorious Service Medal, and Army Achievement Medal, amongst others. He is a former prosecutor of the Maricopa County Attorney’s Office. He has a Political Science undergrad degree from ASU and his Juris Doctor from UAz College of Law. Abe was awarded the Udall Fellowship by the AZ Prosecuting Attorney’s Advisory Council. He is running because the radical left has overtaken every aspect of our lives because those we entrusted with power have let them. The law is our greatest shield and can be our greatest weapon to preserve the American ideals that make this country great. As your Attorney general, I will fight back against the insanity of Big Tech, against the “woke” corporations, and against Washington’s overreach into the daily lives of Arizonans. This election is about who you trust to fight for you, We need a new generation of leaders.

Born and raised in Arizona, Treasurer Kimberly Yee is the first Chinese American Republican woman to win a major statewide office in the history of the United States. As Treasurer, she is currently the highest ranking statewide elected Republican woman in Arizona. As State Treasurer, Kimberly Yee oversees the cash management of Arizona’s $40 billion state budget and payments to agencies, local governments and schools. Upon taking office in January 2019, assets under management were at $15.4 billion. Today, assets under management stand at $25 billion, an increase of over 60 percent in two years. Treasurer Yee led the effort to pass a state law requiring students to have financial education in high school before graduation, and was the first State Treasurer to visit all 15 counties in Arizona during the first year of her administration. She is married with two young children and is active in her church and community.

Tom Horne, former State Superintendent (2003 -2011) and former State Attorney General (2011-2015), has become upset over the problems in education that have developed since he left office. He decided to run for State Superintendent again to end critical race theory instruction, improve achievement, and force schools to teach English to immigrant children, in accordance with the law. As superintendent, he enforced the mandate to teach immigrant children English through immersion instruction, instead of bilingual education, raising the students’ yearly rate of English proficiency from 4 to 29 percent. During Tom’s last year in office as Superintendent, Arizona students performed above the national average on the Scholastic Aptitude Test in all three categories: critical reading, writing, and math. Most important, Tom has the backbone to go after AZ Superintendent Kathy Hoffman for ignoring the parents and forcing her ideology on the children.

Kevin Thompson is an Air Force Combat Veteran, husband, father, and small business owner. After graduation, Kevin went to work for Southwest Gas and was transferred to Mesa, Arizona. He spent 17 years in various departments, including Engineering and Government Relations. In 2014 he was elected to Mesa City Council and is currently in his final term. Kevin has served the citizens of Mesa at the national stage as Chair of the National League of Cities Economic Development Committee, American Public Gas Associations Public Policy Committee, at the State level as immediate past President of the Arizona Municipal Water Users Association, and at the local level on many non-profit boards. He has always felt that government today does not truly represent the people. For the past eight years as an elected official, he fought for the citizens of Mesa. Now Kevin wants to use his experience to represent the citizens of Arizona to ensure the consumers are protected and our energy grids remain reliable. As an America First and Arizona First Candidate, his positions are to: Eliminate Mandates and Subsidies; Put policy making into the Legislature where it belongs; Clear regulation for new Energy technologies to come to AZ.

Nick Myers has spent the last five years interacting with the Arizona Corporation Commission. He spent 4 years working to remedy decades of water issues for his community and now serves as a policy advisor to Commissioner Justin Olson. He is revamping the Commission website to make it user-friendly and to show the voting records of Commissioners. He has advocated for legislative bills HB2248 and HB2737, limiting the power of the Commission. Nick understands first-hand the trials and tribulations of dealing with the Commission from a ratepayer viewpoint. This experience places him in a unique position to fight for people like you, the customers of the utilities. Arizonans need someone that is willing to stand up for them now and in the future. Someone who will look out for their best interests proactively instead of reactively. The ACC has ONE JOB as defined by the constitution, to set “just and reasonable rates and charges”. Arizona needs a commissioner that will keep the Commission on track and focused primarily on this task. Nick has been married to his wife Katerina and has three daughters.

Ken Bennett is a successful businessman with a history of public service in AZ. Ken grew up in Prescott and helped run his family business, Bennett Oil, and served as CEO for over 20 years. He was first elected in 1985 to the Prescott City Council. He served in the State Senate from 1999-2007 and was Senate President from 2003 to 2007. He was appointed Secretary of State in 2009 to finish Jan Brewer’s term and was elected to the post in 2010. Ken is a trusted conservative leader on the pressing issues in our state: election integrity, managing the budget, and securing the border. As Secretary, he oversaw 12 successful, secure elections. Ken served as a Senate liaison to the Maricopa County audit of the 2020 election. As Senator, Ken will fight for balanced budgets, increased government transparency, and border security. He supports immediate action to close our southern border and put an end to Joe Biden’s immigration disaster. Ken serves on the Board for Cancer Treatment Centers of America for 10 years and has served on numerous State and Local Boards. An AZ native and ASU grad, Ken and his wife of 40 years, Jeanne and have 3 grown children and 4 grandchildren.

Representative Quang Nguyen first came to America as a war refugee with a small bag of clothes on his back. Thanks to what makes America the greatest country on earth, he is now a successful small-business owner and prominent public speaker. Quang is a lifelong Republican whose conservative values have been guided by his personal faith and his first-hand knowledge of both the horrors of communism and the greatness of liberty. Quang and his wife Mai have two grown children and live in Prescott Valley. With an empty nest, in 2020 he decided to give back to his country full time and was elected as LD1 Representative, where he is completing his 1st term. Quang has traveled the country to thank Veterans (visit QuangSpeaks.com). He serves as President of the AZ State Rifle and Pistol Association. He is active in his church and local charities. Quang has championed several bills to protect our 2nd Amendment Rights and extend liability protection to gun and ammunition manufacturers, retailers, and distributors in AZ. He has passed several pieces of legislation on school choice, religious freedom, and election integrity. 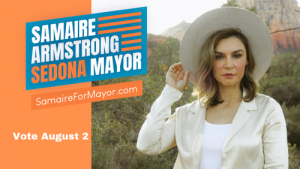 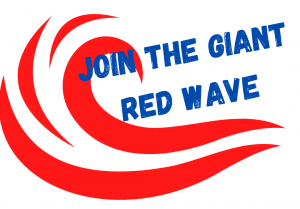 CLICK HERE to See the MANY WAYS You Can Help Restore Conservative Values, Principles & Morals in America, Arizona & Yavapai County

TELL OUR AZ POLITICIANS WHAT YOU THINK